Salem, Massachusetts, makes a nice day trip from Boston and if you’re there, a stop at the House of Seven Gables is a natural for lit 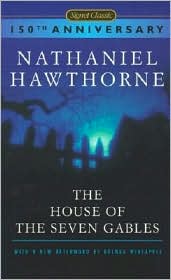 lovers or anyone who likes the occasional glimpse of really old colonial homes.  Author Nathaniel Hawthorne’s cousin, Susanna Ingersoll (and other ancestors who played a part in the Salem Witch Trials of 1692), lived in the house and he visited there frequently. He stated that his book, The House of Seven Gables, was a complete work of fiction, based on no particular house.  Nonetheless, as you tour the tiny, dark rooms typical of the era in which it was built (the late 1600s), it’s easy to see how such a house could set the author’s imagination rolling.  The site also offers a chance to tour the house in which Hawthorne was born (which was moved to this site) along with several other buildings of that period.

If you haven’t read The House of Seven Gables, the novel follows a New England family and explores themes of guilt, retribution, and atonement, with overtones of the supernatural and witchcraft.  For me, the book doesn’t compare to Hawthorne’s classic, The Scarlet Letter.  However, it was an inspiration for the horror fiction writer H.P. Lovecraft who called it “New England’s greatest contribution to weird literature.” That seems a backhanded complement to me.

While you’re in Salem, I also recommend stopping at the Salem Maritime National Historic Site, a short walk from the House of Seven Gables. The National Park Service operates it and you can wander through old wharf buildings, the Custom House where Hawthorne worked when he wasn’t penning famous novels, and other buildings of the colonial era.

Salem was, of course, the home of the famous Salem Witch Trials 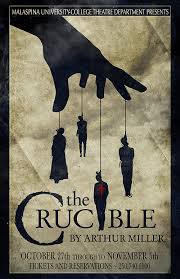 which were the focus of Arthur Miller’s classic play, The Crucible.  The National Park Service Visitor Center (2 Liberty Street) is a great place to get quality background on that incident.  It’s ironic that Salem has made a cottage industry out of the witch trials when our puritan ancestors were so thoroughly opposed to witches. Unless you’re a fan of super-tacky witch paraphernalia and occult museums, stick with the Park Service displays on the subject and skip the other witchy tourist traps.

2 thoughts on “The House of Seven Gables and Other Things to Do in Salem, MA”