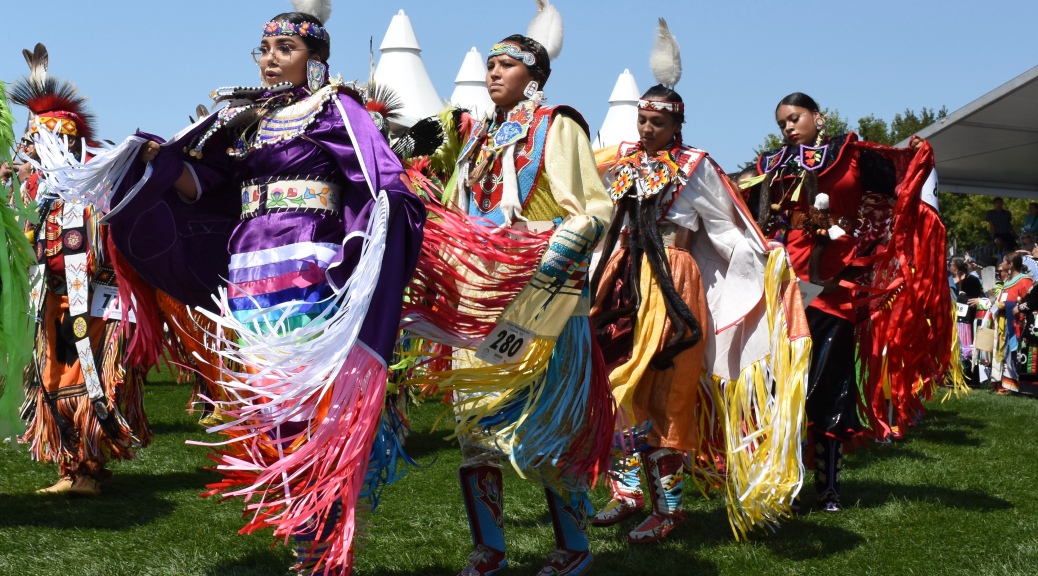 Standing on the iconic Stone Arch Bridge in downtown Minneapolis, the Mississippi River rushes below. A sense of history swirls up in the cool mist from St. Anthony Falls roaring before you. Indigenous people called this location Mni Sota Makoce, “Land Where the Waters Reflect the Clouds,” and it’s still considered sacred Dakota space.

Native Americans figure prominently in both Minnesota’s history and in its contemporary culture. The state contains seven Anishinaabe (Chippewa or Ojibwe) reservations and four Dakota (Sioux) communities, all just portions of their original homelands. However, one need not travel far from the Twin Cities to get a taste of Native American culture. Instead, stand here on the Mississippi and inhale the mist of thousands of years of indigenous history, then meet the people making sure Native American culture grows and flourishes here.

Louise Erdrich is the acclaimed author of novels, poetry and children’s books featuring Native American heritage, including Love Medicine, The Master Butchers Singing Club, and Shadow Tag which takes place in modern-day Minneapolis. She has garnered a long list of literary awards, and most recently hit the heights with a Pulitzer Prize for The Night Watchman (inspired by her grandfather, who chaired the Turtle Mountain Band of Chippewa and fought a Congressional initiative to move native people off their land).  She also won the National Book Award for The Round House.  And, if I were her, I’d be sure to mention that I was named one of People magazine’s most beautiful people.

Erdrich, a tribal descendant of the Turtle Mountain Band of Chippewa Indians, was born in Minnesota but grew up in Wahpeton, North Dakota, where her parents taught at the Bureau of Indian Affairs school.  She typically tells her stories through the perspectives of multiple characters and plots, a style some compare to William Faulkner, though I find her books much easier to read.

In addition to writing award-winning books, she plays a vital role in the Twin Cities’ literary scene as the owner of Birchbark Books in Minneapolis. Stop by the cozy store, located in one of the city’s most beautiful neighborhoods, to find a wide selection of all sorts of books, many with handwritten notes from Erdrich to recommend them, which feels very personal.  The store also works to promote the literary and artistic works of Native Americans, whom she calls the “Indigerati.”  For example, Birchbark sponsors readings by Native and non-Native writers, journalists and historians and also features Native American quill work, traditional basketry and painting.  In addition, Erdrich and her sister Heid Erdrich (a poet and curator of Native American fine art) run Wiigwaas Press, which publishes books in the Ojibwe language.

Head back to downtown Minneapolis to tour Mill Ruins Park and the adjacent Waterworks Park on the riverfront where walkers, runners and bikers take to the historic paths.  Here you’ll find one of the city’s newest restaurants, Owamni, perched above the river and overlooking the falls.  The name comes from  Owámniyomni, a Dakota word that roughly translates to “the place of the falling, swirling waters.” Built into a former flour mill, this eatery serves Indigenous American food so, to visitors, it feels like Native people are reclaiming a bit of their original place here on the river.

Chef and owner Sean Sherman, a.k.a. “the Sioux Chef,” is an Oglala Lakota (Sioux), born on South Dakota’s Pine Ridge Reservation and a longtime proponent of true Indigenous American cuisine which he describes as “decolonized cooking.” No fry bread here. Instead the menu offers, for example, fish, game, berries and wild rice and leaves behind the dairy, wheat flour and processed sugar that European settlers brought with them.

His cuisine hit the national spotlight with publication of The Sioux Chef Indigenous Kitchen, which garnered a James Beard Award for Best American Cookbook in 2018. Now, Sherman takes Native American cooking to the next level at Owamni where you’ll taste native corn tacos with cedar-braised bison, smoked trout with dandelion pesto, or grilled forest mushrooms. You’ll dip into beautiful purple purees of berries and crunch lightly baked crackers made from sweet corn’s ancestor, teosinte. It’s Indigenous cuisine with a modern edge and de-lish.

Visitors encounter a feast of spectacular color, sound and action each August at the Wacipi, or pow wow, at the Shakopee Mdewakanton Sioux Community in Shakopee, just south of Minneapolis. Hundreds of native dancers from around the U.S. and Canada gather here to show off their skills and celebrate their culture. This pow pow begins with a blessing of the dance circle. The Grand Entry follows with the Veterans Color Guard carrying flags and eagle staff, followed by visiting dignitaries, tribal royalty, then the dancers and drummers.

Nearby, you can visit the Shakopee Mdewakanton Sioux Community’s new Hoċokata Ti cultural center It’s easy to see how the building, which consists of seven enormous teepees with a wall of windows overlooking a stream, got its name.  Hoċokata Ti means “the lodge at the center of the camp” in Dakota.

Inside, visitors find a 3,805 foot public exhibit called “Mdewakanton: Dwellers of the Spirit Lake.”  You’ll see videos in which community members tell traditional stories of how the earth, water, and sky were created.  Displays cover the history of the Dakota people up to the present and include tools, beadwork, and a 200-year-old canoe raised from nearby Lake Minnetonka.  Kids may scramble into a replica teepee or work on an interactive  beading display.  Items in the  collection come from community members, the Scott County Historical Society and some are on permanent loan from the Smithsonian’s National Museum of the American Indian. A tip: don’t miss the center’s lovely gift shop.

Hoċokata Ti spokesman Andy Vig says he hopes the center will help visitors gain a better understanding of the Dakota people in history and in modern life as well.  A visit to this new cultural center complements the other activities for visitors here on tribal land.  For example, Mystic Lake Casino Hotel, about three miles from the cultural center, is Minnesota’s largest gaming and entertainment facility. The tribe’s organic grocery store, Mazopiya, sells community-made honey and maple syrup as well as an array of products from Minnesota Native American vendors.

Check out a couple of downtown Minneapolis’s newest hotels Canopy by Hilton Minneapolis Mill District or Moxy Minneapolis Downtown. Or, try Mystic Lake Casino Hotel which is owned by The Shakopee Mdewakanton Community.