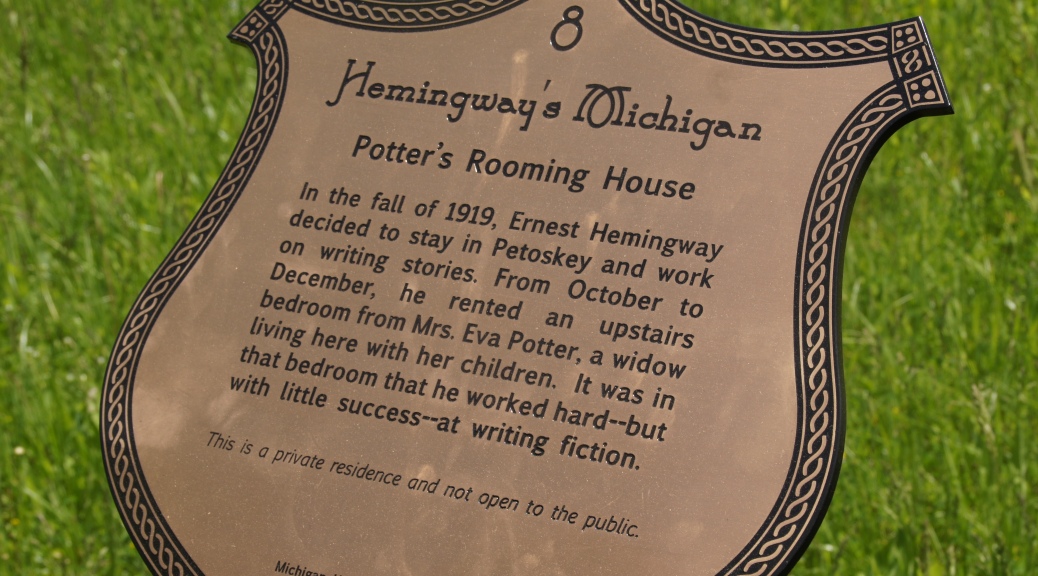 You’ll enjoy these northern Michigan spots as much as the Hemingway family did.

Each summer, around the turn of the last century, Ernest Hemingway’s family left their home in Oak Park, Illinois, near Chicago and headed for the beautiful woods, lakes and rivers of Michigan.

Clarence and Grace Hemingway purchased their cabin on Walloon Lake in 1898, before their son Ernest was born. Here, he grew up immersed in the manly world of hunting, fishing, and boxing. He met lumberjacks, bootleggers and hobos–and quite a few lovely young women, too.  These experiences became fodder for his Nick Adams short stories.

He said of the area, “It’s a great place to laze around and swim and fish when you want to. And the best place in the world to do nothing. It is beautiful country. And nobody knows about it but us.”

Many readers associate Hemingway more readily with Cuba, Key West, Pamplona and Paris than Petoskey, Michigan. Yet, he spent 22 summers in the resort area of Petosky/Walloon Lake and he was married (for the first time) in nearby Horton Bay. You can read about this early life and marriage in Paula McLain’s best seller, The Paris Wife. It’s also where he began to hone his minimalist, staccato style and storytelling that later earned him the Nobel Prize. 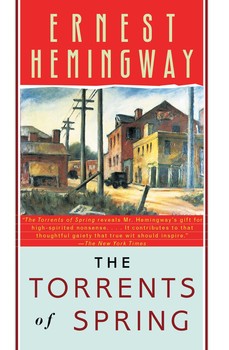 are based on the town.  Petosky is understandably proud of its Hemingway connection and as you stroll the town, perched above Little Traverse Bay on Lake Michigan, you’ll see historical markers outside locations where he spent time. Hemingway fans can download a list of some of the places young Hemingway frequented: Horton Bay General Store, Stafford’s Perry Hotel, and City Park Grill, to name a few.  At City Park Grill, you may want to sit at the lovely Victorian bar where Hemingway raised a few glasses.

The Michigan Hemingway Society annually hosts a Hemingway Weekend in the Petoskey area, usually in October.  The weekend brings visitors from across the country together for readings, tours and exhibits. The national Hemingway Society also provides a great way to meet other Hemingway fans. The group meets every two years and in 2018, in contrast to the wild country of Michigan, the organization will meet in Paris.  It’s a chance to experience Hemingway’s “moveable feast” in person.

While you’re in Petosky, be sure to stop in at McLean & Eakin Booksellers where you’ll find plenty of works by and about about Ernest Hemingway, books by local authors and booksellers who are happy to suggest great reads.   I mentioned the shop in a previous post about how much author Ann Patchett loves reading and travel.