Embed from Getty ImagesIt’s a sea of red.

Walk anywhere around beautiful Busch Stadium in St. Louis before a Cardinals game and you can’t help but be caught up in the tide of red-clad baseball fans. Even if you lack dyed-in-the-(red)-wool citizenship in Cardinals Nation, their enthusiasm for the team is infectious. You, too, will become a fan, if only for a night.

But, you don’t want to appear a total rookie, blowing in from out of town like a bad throw from left field. Instead, brush up on the local baseball lore so you can dazzle your companions in the bleachers when you casually mention “Stan the Man,” Willie McGee, or perhaps Ducky Medwick. (I just like to say “Ducky Medwick.”) To do that, head over to the newly opened Ballpark Village, a $100 million entertainment complex adjacent to Busch Stadium and make your first stop at the Busch II Infield adjacent to the village. The new stadium opened in 2006 but Busch II is laid out along the same lines as the old ballpark’s diamond giving fans a chance to walk the sacred ground once tread upon by legends, as well as partake of another local legend, Ted Drewes frozen custard.

Next stop in your education: Cardinals Nation, inside Ballpark Village, where you’ll

find The St. Louis Cardinals Hall of Fame Museum. It boasts the largest team-held collection in Major League Baseball, second only to the National Baseball Hall of Fame, with over 16,000 memorabilia items and over 80,000 archival photographs. Along with the museum, Cardinals Nation contains a two-story restaurant and a roof top deck with a view of the game. Also inside Ballpark Village you’ll find FOX Sports Midwest Live! which features a stage for live concerts and performances, a state-of-the-art 40 foot diagonal high definition LED screen, and immersive LED ribbon boards that will encircle the two level space; PBR St, Louis: A Cowboy Bar which claims to have “the world’s meanest mechanical bull;” the Budweiser Brewhouse, and several other establishments that make this a year-round destination.

Finally, to sound like a real insider, you’ll want to hit the books. I know that beer, not books, may be the first word you associate with baseball, but you won’t be sorry if you complete your Cardinals curriculum with a few of the reading ideas I got from Ron Watermon, the team’s VP of communications, which appear below along with a couple of my own.  For more great baseball books, see my post Major League Vacation.  This effort may seem a little disloyal to your home team. My newfound enthusiasm for the Cards makes me feel a little like I’m cheating on my other boyfriends, the Minnesota Twins (if only they’d win more often) and the Detroit Tigers (who I grew up with). But what the heck, when in St. Louis…. So, read up, drink up, batter up— and be sure to wear red. 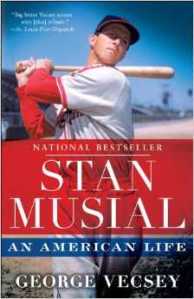 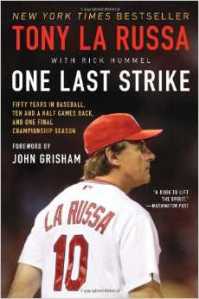 One Last Strike:Fifty Years in Baseball, Ten and a Half Games Back, and One Final Championship Season by Tony La Russa

3 Nights in August: Strategy, Heartbreak, and Joy Inside the Mind of a Manager by Buzz Bissinger 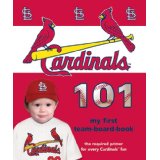 Meet the Cardinals by Mike Kennedy and Mark Stewart

Join 760 other followers
Follow Off The Beaten Page Travel on WordPress.com