Who doesn’t feel like they know just about everything there is to know about 9/11? We’ve seen the video tapes of planes crashing into the World Trade Center on September, 2001 countless times and viewed special reports and documentaries without end. Yet, when I stepped into the new National September 11 Memorial Museum I found that there actually was more to learn, but more importantly, to remember.

Even though we’ve seen them so many times, when those video clips and films of what led up to the attack played in the museum the people watching them with me all had the same reaction: “Oh my God.” There are video taped stories from people who were there, displays of artifacts ranging from fire trucks and twisted metal beams to personal objects of people working in the towers that day (really personal things like shoes and purses), papers that rained down, and a portion of one of the stairways from which survivors escaped the building.

As one would expect in such an emotionally and politically charged situation, many parts of the museum have been controversial. Some people object to the the way one exhibit connects Islam and terrorism and the simple fact of tourists gawking at what is essentially hallowed ground offends some of the families. Nonetheless, I felt like the curators struck the right balance.

Many survivors of the attack on the World Trade Center and their families are very involved with the museum and give tours and talks at the complex. I felt lucky to be there for a presentation by an NYPD officer who was on site that day and a young woman whose father died trying to get people out of one of the towers. Their stories made it all very personal. Not a dry eye in the house.

I left the museum to stroll around the 9/11 Memorial outside with its two square waterfalls surrounded by the names of those lost in the attacks. The newly opened One World Trade Center–the tallest skyscraper in the Western Hemisphere and the fourth tallest building in the world–towers, symbolically, over it all.  I’m sappy enough to feel proud of the way the city and the country has moved on, but still remembers.

If you go: Admission, $24 for adults. Go to 911memorial.org to reserve tickets, download the free 9/11 app to enhance your tour and for directions. 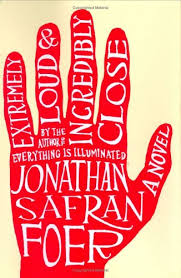 Read up: As usual, I recommend a bit of reading before you go which adds immensely to enhance your experience. And, as usual, I recommend fiction books for their ability to layer events and emotions to create a story that is almost more real than non-fiction. Extremely Loud and Incredibly Close– Jonathan Safran Foer, Falling Man, Don DeLillo. For nonfiction, check out an anthology of New Yorker articles,  After 9/11– edited by David Remnick.